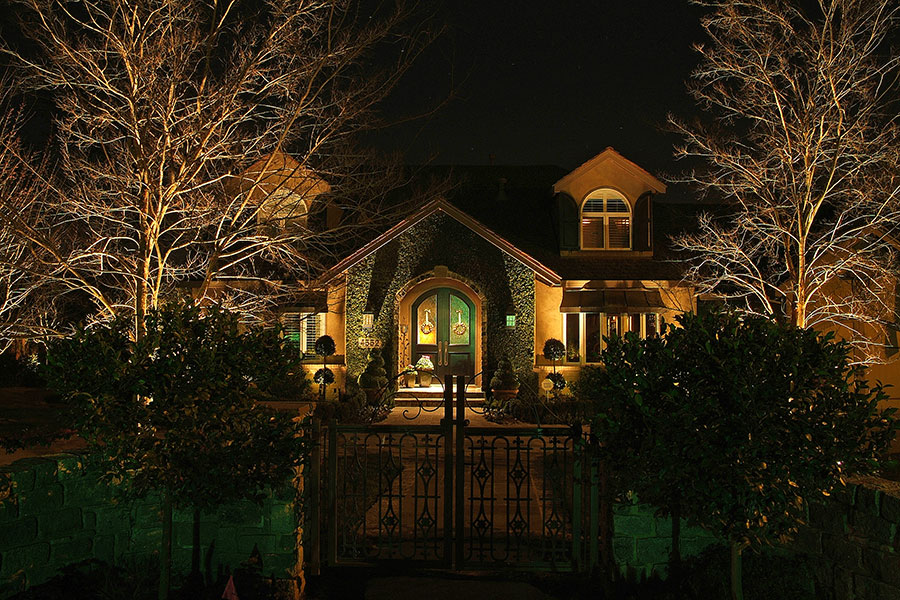 How To Choose A Porch Light

When choosing a light fixture for your front porch, it’s easy to become preoccupied with its aesthetic design, but a more important consideration is how it functions. After all, a porch light may look nice in the daytime, but if it doesn’t emit light in a pleasing way, it won’t look nice at night, which more or less defeats the purpose of having one.

Often, a light fixture’s aesthetic design directly corresponds to the way it emits light. For example, a common exterior lighting choice is the classic carriage light, a relic from the Victorian era that was originally designed to house gas-powered lamps. However, despite their 19th century charm, the problem with carriage lights is they don’t conceal their light source, which allows light from the bulb to hit you directly in the eyes. In a dark environment, this creates an intense glare that can inhibit visibility.

To avoid this, choose an exterior light fixture that conceals its light source, such as a wall sconce that emits light out of the top and/or bottom. This will provide adequate illumination without the discomfort and visual impairment caused by glare.

My husband and I are remodeling our home, and we’re thinking of adding new porch lights to the front of the house. Your article had great tips for choosing light like this, and I liked how you said to consider something like a sconce that will conceal the light source, as this can inhibit visibility. Thanks; we’ll keep this in mind when choosing the best lighting for our porch.

Fantastic! Please send us any questions you may have.